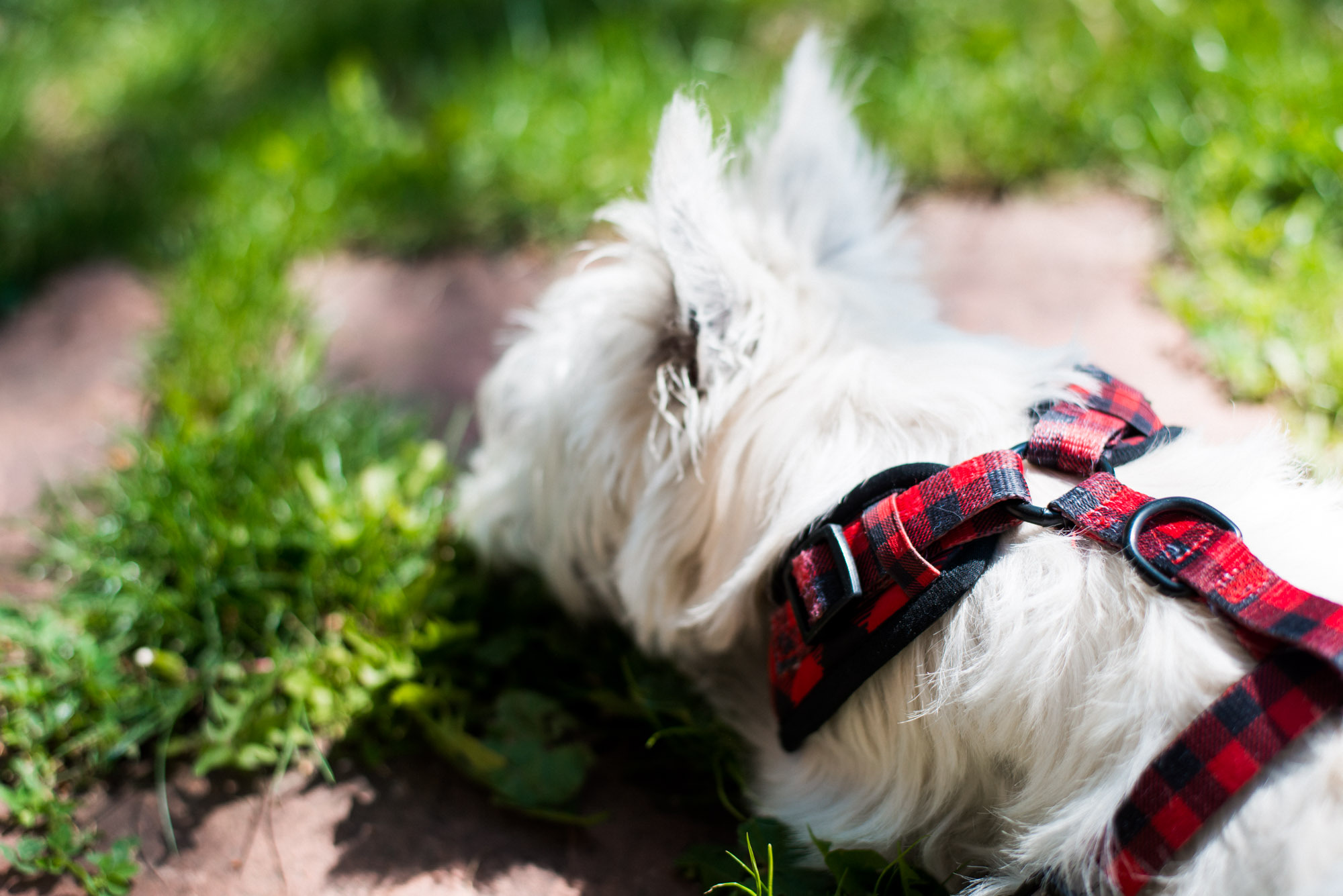 “Should I Adopt a Puppy?” Our Lessons

Warm snuggles on a cool night, endless kisses any time of day, someone to play with when no one is around, and someone who is so excited to see you when you get home or wake up you feel like a celebrity. Yeah, having a puppy is pretty much the greatest thing ever, until they pee on your yoga mat. Or when they scrape up your new couch or rip apart your new carpet. There’s the peeing and pooping in the house, the barking, the having to take them outside every 30-minutes, like clockwork, until they are a couple of months old.

So should you get a dog? The answer is simple – Are you ready for this kind of commitment?

Here is what you should know going into be a puppy parent. My husband, Clayton, and I have wanted a dog since we started dating. I had had a puppy a year before I met him but realized it was too much on my own and found a new home for him. Something that still causes me sadness whenever I think of him. We knew that we wouldn’t get a dog until we had a house together and the time to really be with the dog. Be in and out of the house all the time and never home to play with him was one of the reasons I didn’t feel like I was the right owner for my last dog.

After 5-years of being together, we were now married and owned a condo. I couldn’t wait any longer. My job allowed me a flexible schedule so I could work from home and have the company of a puppy. I envisioned us sitting on the couch together while I worked during the day and the three of us going for walks in the afternoons when Clayton got home from work. Can you say reality check? The reality of owning a puppy

We got Mozi when he was 8-weeks old (In all honesty, I would suggest getting a dog at least 12-weeks old). A West Highland Terrier shipped to us from North Dakota. He weighed just under 5 lbs when we got him and could melt your heart with just one look. My mom, 3-year-old nephew, and I went to pick him up from the airport the Friday after Christmas and instantly this little guy had my heart. It was the most exciting drive to get him and bring him home.

What we learned quickly was that this 5 lb pup went to the bathroom a lot. His bladder must have been the size of a dime. And being so small he was too close to the ground to be able to tell when he was peeing so there was a lot of guesswork. We set timers for every 30-minutes for him to go outside and learn to go potty there. We set him down for a “nap” at 10:00 and 2:00 so that we could get some time to ourselves.

Amazingly at night, he wouldn’t cry to go to the bathroom, which also means he just went in his kennel so laundry was done daily (although we appreciated the extra hours of sleep.) Our friends that got new pups didn’t sleep the first week of having their fur babies.

It helped that we were on the first floor of a condo. But it didn’t help that we didn’t have our own backyard. It also didn’t help that we got our dog in December, which meant our first weekend with him it snowed a foot. He couldn’t figure out where to pee and the snow towered over him. I would like to preface this by saying, being the mother of a real child is way harder than being the “mother” of a dog. I would also like to state that it seems the same fears live in all women. Mom guilt. I am the “mom” of a puppy (I also swore I would NEVER call myself that and then I got a dog and started calling myself that. I’ve accepted it.) and yet, when it came to balancing the dog, since I worked from home, helping keep the household together, and spending time with my husband and community, I felt completely overwhelmed.

There was a time or too that Clayton walked into the house with me laying on the floor crying. I had just yelled at the dog for something that was driving me nuts and felt terrible about it and needed to leave the room. There were a lot of tears. Getting work done during the day meant leaving the house during his “naps” and going to the library to work. It also meant that when he was awake, sitting on the kitchen floor while throwing him a tiny ball and typing on my laptop. It wasn’t productive.

The cost of a puppy

We knew the cost of a Westie would be more expensive. What we didn’t expect were the extra costs. 4 vet visits in the first 4 months + the shots that come with it. Getting giardia from eating the rabbit poop within the first week of bringing him home. Don’t forget about calculating the cost if you go on vacation and how much it is to get them “fixed”. Look up groomers in your area and start getting quotes because dog haircuts are still insane to me how expensive they are. Having a dog is a huge expense, especially a puppy. Expect to put down around $1,000-$1,500 the first year maybe more for a bigger dog. 6 Months Down The Road

There are days where it’s still hard. The first year they say you can expect your dog to continue having accidents in the house. He no longer poops in the house, which is great, but we do find pee stains on the carpet and have to clean them up. If you think you’re going to not have that many accidents in your house because you’ll train them really well, think again. It’s going to happen, there is no way around it. Prepare for it.

We continue to watch Zak George’s Dog Training videos to make Mozi the best dog he can be. But our dreams of being ultimate dog trainers is unrealistic. We aren’t the best dog trainers in the world. We just don’t have the time. Instead, we focus on the things we care about most; not barking, sitting, staying, etc.

Mozi sleeps by our feet during the day while we work. We happened to move into a house with a yard a month after getting him which was the best gift we could have given ourselves. He now has a doggy door that he can use whenever he wants. There are still accidents in the house but they are few and far between. Mozi barks a lot which we’re working on. He isn’t the greatest dog to walk with, but we’re working on that too. He does however love us unconditionally, keeps us laughing, and gives us all the snuggles we could ask for.

What everyone says is true. A puppy is a LOT of work. It’s like having a kid and it will push you to your limits; the ultimate first step in a marriage if you’re thinking of having kids. Having a puppy is also so much fun and fills you with so much love. The first month was by far the hardest and it progressively got better with each week after that. At 6-months we’re loving life with our pup a lot more.

You’ll know when you’re ready for a puppy. If you have the space in your home, the budget, and a flexible job for that first month, you’ll be set for this crazy adventure of becoming a dog mom. And yes, you’ll probably start calling yourself that too!

When Does Technology No Longer Serve Us?

On the Other Side of Burn-Out: The Process of Healing