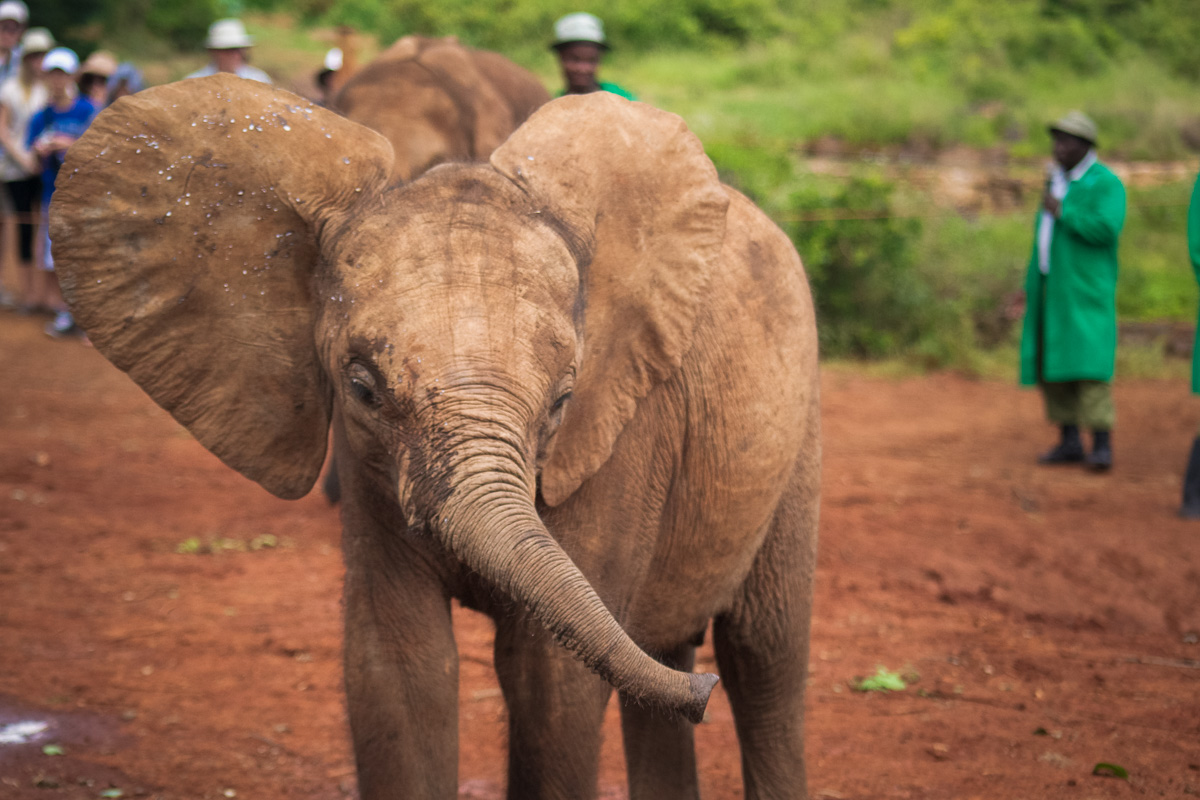 Finding Compassion – Save The Elephants

The first thing I ever wanted to be when I grew up was an elephant. Not a zookeeper or a tour guide in Africa, I wanted to be a real live elephant. Big belly, big ears, and trunk included. I still haven’t actually figured out how to do that, or how that would work but I’m keeping it on the bucket list. Until then, I’ve studied them, I’ve loved them and I’ve even been knocked over by one. Needless to say elephants are my favorite animal. Even more than that they are my spirit animal.

I could use this time to tell you a million facts about elephants like that they weigh 4-6 tons are 18-24 feet long and live to be 70-years old. I could also mention that a female elephant (cow) carries a baby for 2 years and then gives birth to a 1 ton baby every 4-5 years. But instead of telling you these amazing facts (and there’s really plenty more where that came from) I want to tell you a few stories I’ve heard along the years that showcase why I love these animals so much, and why they mean so much to me. The Elephant That Cried Mouse

An elephant activist friend of mine told me this story when I was in college and it’s stuck with me since then:

While there are many tales of elephants being afraid of mice it turns out that they are more afraid of stepping on them. A man who owned an elephant kept him in the barn out back (I assume this isn’t the red barn you see in the midwest but visualize it how you will). At night he would turn off the lights in the barn say goodnight to the elephant and head back to the house. From the house you could hear the elephant crying, a sound I’m told is painful to listen to, as it is so heartbreaking. Night after night the elephant would cry before bed, sad that it was alone. Until one night after the man went back to his house he didn’t hear the cries. Worried he went back to the barn to see what had happened and to make sure his elephant was okay. There in the barn, the elephant had made a friend. A mouse had come out of the wall and given the elephant company. In return, the elephant had made a small pile of hay next to the mouse hole so that he too could have a place to sleep.

An interesting fact about elephants is that with large ears and a large nose they actually have terrible eyesight. They will often walk strangely when they are afraid of stepping on something because they can’t actually see down there. However, with highly sensitive feet and great other senses, they do their best not to hurt the smaller creature down below. In Africa, a village had set up near an elephant graveyard. As a way of decorating their homes, they had collected some of the old elephant bones and placed them around their huts. However, night after night that these bones were put in their “yard” they would disappear by morning. The elephants would come at night, collecting the bones and take them back to the graveyard where they belonged. The burial site of an elephant is sacred and not to be touched.

At an elephant preserve a new elephant had recently come in taking one of the open stalls as it’s new home. In this stall, he would never walk to the far corner no matter what. After days of living there and being given hay, he would start to create a small pile of hay in the far corner but continue to avoid it the rest of the day. When one of the newer caretakers asked about this they were told that the elephant before him had died in that corner before this new elephant had ever come here. Without seeing the elephant before or knowing them, this elephant sensed the burial site and left it alone. The Community of African Elephants

Elephants are made up of a matriarchal society. Men, once they are old enough, will leave the herd and wander out on their own. The women and children, however, stick together in tight-knit communities. What’s truly amazing about elephants is that when an elephant dies, a sort of funeral is held. Elephants from all around will come to the spot where they died and pay their respects. If the dead elephant had a child than the child is “adopted” by another female elephant in the herd who will raise them as their own.

The reason I share these stories, aside from the fact that they are amazing, is that the elephant population continues to be threatened by poachers. From 1972-1992  70% of all African elephants had been killed for their ivory. While ivory trade is now illegal, this doesn’t stop rebels from selling ivory on the black market and continuing to kills these magnificent animals. Not only are elephants being poached but they are losing much of their land from human migration. While this is detrimental to the elephant population it’s also detrimental to the environment. Elephants help provide a biodiverse environment by cleaning out trees, grazing on overgrown land and helping germinate plants through their digestive systems. All these factors help the environment to stay clean and keep growing. While I have a personal connection with elephants and resonate with their empathetic souls, they also have a purpose in helping provide a more biodiverse planet. As part of a way to give back, I have decided to give $10 from every portrait shoot to charity. When you have your portraits taken you get to choose where that $10 goes – to Save the Elephants or a human’s right charity. Want to donate yourself? Click Here!
Want to learn more? Check out how elephants are changing their genetics to no longer grow tusks anymore – Click Here. Or learn the basic facts about these incredible creates Here.

Photos were taken at the David Sheldrick Wildlife Trust in Kenya – An orphanage for elephants.

Business Coaching for Artists: Get unstuck in your Brand