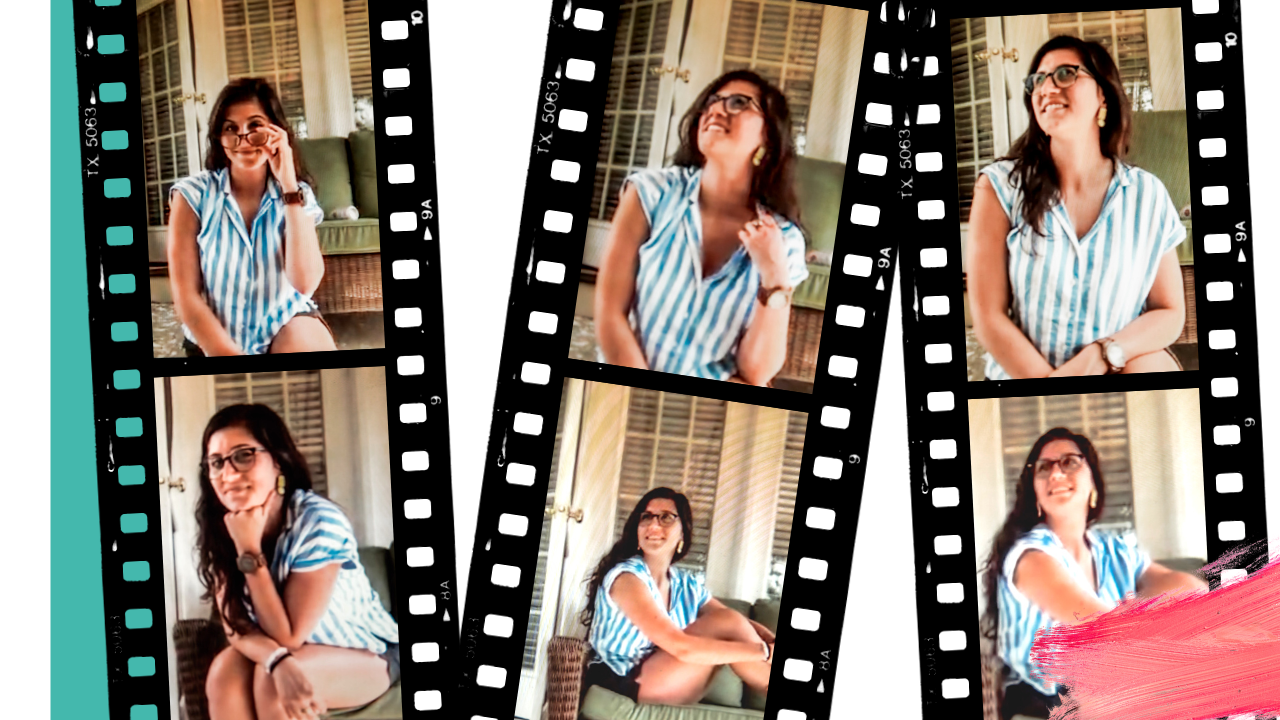 If It all started in 6th grade with a binder entitled “Revolution”, her first step on a long road to finding restorative justice. 13-year-olds often have big dreams, but Emily Blackshire had a revolution in-store. A dream bigger than she even knew than her 3 ringed-binder could hold.

I met Emily at the Heathrow airport in London for the first time before we would move together to Uganda for 4 months. A dream we had both had since the 6th grade that we were finally making come true. We became instant friends and 7-years later she would still be teaching me what it means to be human.

Of course, I would love to start this off with a beautiful vogue introduction about how we met for coffee at some great cafe in South Carolina, where Emily lives, but alas, we’re still in quarantine and like all our communication, we’re on facetime together. Her in her small apartment where the sun is warming her up on her patio, me in my childhood bedroom where a thunderstorm has yet to let up outside. What is so true as with most of our lives, we couldn’t be living more differently. But maybe that’s what makes it all so much more magical.

How to Become an Activist

Emily knew from a very young age that she wanted to change the world. Growing up in Hilton Head, a tourist town in South Carolina, she saw the polarizing sides of wealth and poverty and knew that something was wrong. As she grew up she became introduced to the foster system from a dear friend of hers and then proceeded to witness the inequality through gender, race, and sexual orientation. Our social structure needed to change.

It’s started with a mission trip to Tanzania in high school, which led her back to Africa for a gap year. During that time she got to witness first hand the hardships of colonization and the history of white privilege. At a circumcision parade down the road that we lived on, a girl in the crowd ran up to Emily kicking her and knocking her down simply because she was white. A muzungu. For Emily, this was a shock she had never encountered. To be targeted and abused simply because of the color of her skin and the history that came with it, something she realized was the reality for so many minorities in the U.S.

After this awakening experience and arriving back to America, Emily proceeded to get her undergraduate degree while working with undocumented Latino communities where she discovered a passion for immigration and refugees. The same privilege she became aware of in Uganda showed up in all the work she was doing back home in South Carolina. Here she realized the roots of our system had rotted and it was time to do some uprooting. Her “revolution” binder just got another chapter.

Fighting for Equality In Jail

Of course, uprooting a system doesn’t happen overnight. Even uprooting real roots in our backyard is taking months and months. The process of uprooting is complex, long and in her case would take a law degree. Now, with 1 more year left in law school, Emily is starting to see the road in which she’s about to travel. A road that will take her straight to jail.–Do not pass go, do not collect $200 dollars. Jail where she’ll be defending the most vulnerable of people and helping break the cycle of privilege by giving others a chance in our system.

First and foremost we need to understand the difference between jail and prison. Prison is where you go once you have been tried and found guilty. In the movies, you see jail as a single cell in the police station. Jail is for those who can’t afford bail. What makes it even worst is that the most vulnerable people often can’t afford the bond and are therefore stuck here. Jail becomes a burden for underprivileged families who often can’t afford bail. Whether guilty or innocent, debt is accrued.

Women makeup roughly 12% of all prisoners in the U.S. and yet, the level of neglect and lack of rights they face is astounding. For women, and men for that matter, jail and prison are what break apart families. Whether innocent or guilty, a parent has been taken away from a child. Often the facilities are far from the cities making it difficult if not impossible for families to visit. The stress that this puts on young children will forever shape their lives and prevent them from avoiding the same fate as their parents. A broken system.

Family separation, while one of Emily’s passion, is not the only heart-breaking occurrence happening in jails. The list could go on and on. For women, they don’t have free access to feminine products such as tampons and pads and are forced to purchase them, even though in most cases they can’t afford them. Jail doesn’t offer jobs like prisons do. This makes it so women can’t make money to support their basic needs. Needs that include feminine hygiene, soap or making a simple call to their families. The only job option in jail is tailoring. There are 12 openings for the 1500 women in jail, often taken by white women. These positions can count as time served or help position you for early release.

How Do We Start To Make A Difference?

With this pile of new information, there was only 1 question in my head. So how do we change this? How do we uproot this system and plant a new one? How do we begin again?

While not an easy answer Emily had 3 suggestions.

It starts systematically. When we change the way of justice from what we currently have to the beautiful creation of restorative justice, everyone is better served and real change takes effect. Take the example of the mugger. The man now in prison and the boy now terrified of going out into the world. When a mediator brought the boy in to meet his abuser the boy asked him to teach him to fight. The two boys, with the help of a team of specialists, would build a relationship and provide healing on both sides. The abuser learned what his actions did to a human he now had a relationship with. The abused could face his abuser, learn to something from him, and have the space for forgiveness. Both lives received justice.

This new way of justice doesn’t disincentives apologies and remorse like our current system but asks everyone to hold their part of what happened. Heal from it and move on having learned something to prohibit it from happening again.

The second suggestion was to educate yourself. Follow Instagram accounts like Common Justice, or of people that look different than you to gain a new perspective. (Some of my favorites are Elaine Welteroth, I Weigh, and Tasha Morrison.)

Finally, you can donate. Helping fund bail funds will allow under privilege people to have a fighting chance at freedom. Emily started a jewelry line that will donate all but $4 to different causes. This month it supports bail funds. Check out her collection here.

In this episode, you’ll hear us talk about Emily’s quarantine project – Useless brackets. An amazing Instagram account where you vote on useless brackets through stories and become heavily invested in who wins. It’s a fun way to pass the time and have a good laugh.

Implement Photos In Your Marketing Plan

How Much Good Sleep Should You Be Getting?