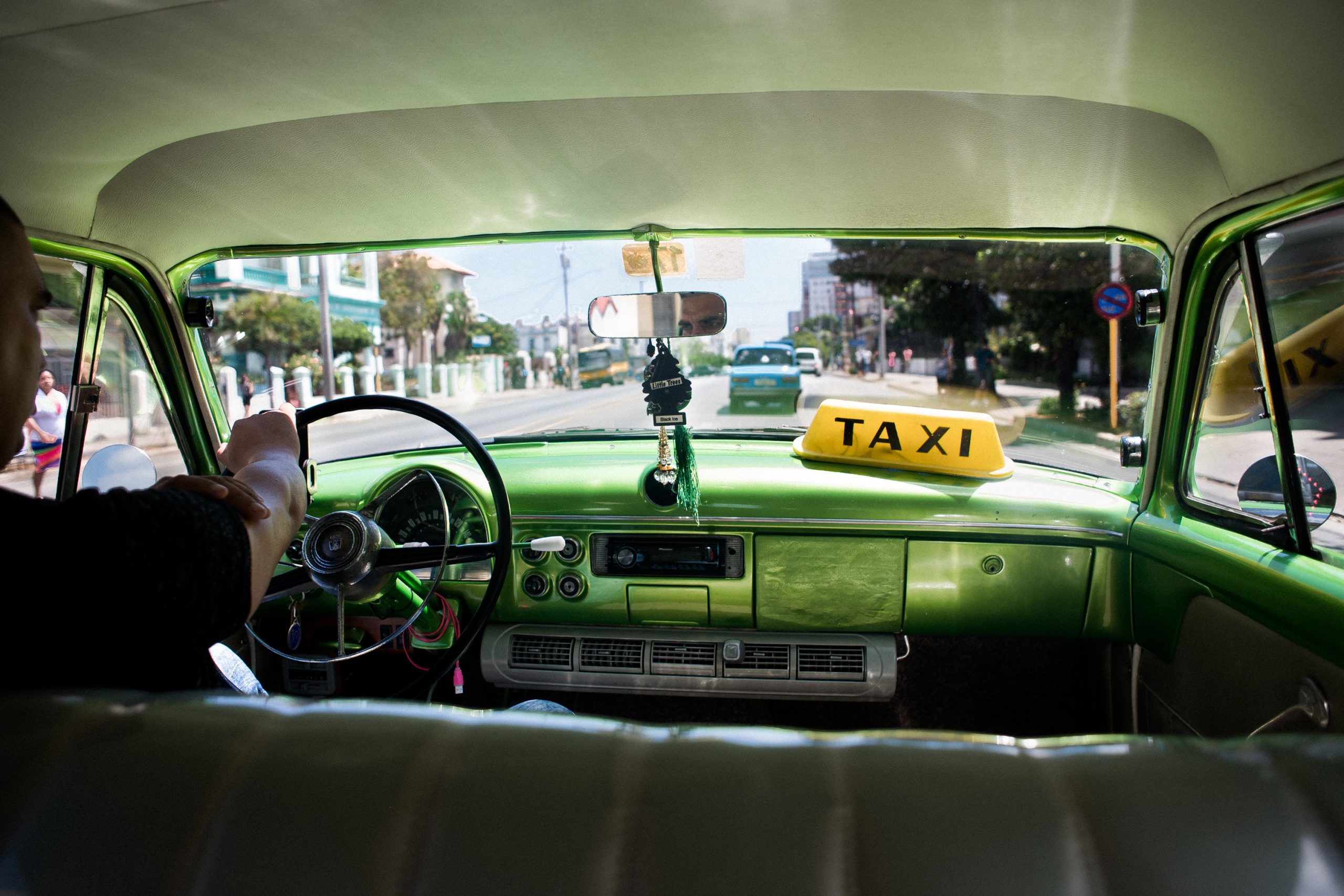 The Truth About Cuba

The day begins before the sun even rises, with a heat that overwhelms the streets, causing your whole body to glisten with sweat. The sounds of car horns fill the air as the day gets its start and you see everyone you know rushing to the bus or to their old vintage cars to hopefully make a few dollars. Breakfast is light as the food rations are cut and now eggs aren’t anywhere to be found. You kiss your family goodbye and walk out of your small apartment on the top floor next to a hole in your building, the neighboring apartment that caved in years ago leaving a reminder of your poverty as if your paycheck isn’t enough. On the other hand, you’re one of the lucky ones, you have the dream job; a taxi driver, making more than any government paid employee without having to have an illegal side job. A tropical island where tourists come to get away is your own tropical holding cell. With bars so tight you can’t even pursue your simple passion for fishing because it’s illegal to get on a boat.

While the story above might not be the specific story of any individual, it is the representation of a life stranded on an island.  For 500 years Cuba has been held prisoner by the rulers of its country. Starting with Christopher Columbus who enslaved the natives, killing off the majority of them within a few years of arriving, continuing on with African slaves that were brought to Cuba, starting the creation of their melting pot society, and then ruled by an embargo placed on them by The United States of America, only to be reinforced by a government who limits their voices and actions in a socialist society. Cuba is the host of one dictatorship after another, without the hope of freedom from an island that offers escape to all those that aren’t born there.

The limitations set upon the Cuban people go so deep as to prohibit them, in many cases, from making enough money to care for their families. Until recent years, private jobs didn’t exist and even now, they are limited and not accessible to most. For Cubans, your job pays for the government, and if you’re lucky, it might give you a little bit in return.

Anyone who is deemed financially successful in Havana is working in the private sector. With the average government salary being 20 CUC ($20) a month, a side hustle or private job is required to make ends meet.  Ana, a Casa Particular (Airbnb) host in Havana, left her government job as an architect because it didn’t make any money. Now, she is an artist, creating stained glass works of art, jewelry, and running a very successful Casa Particular. Her taxes for running the Casa Particular include paying the government $50 a month per room plus 10% of her monthly income. From just one renter a month she’s already making more than her old government job. The irony of making more as an artist than an architect isn’t lost on someone coming from a developed country.

The Verge reported that in 2017, “An average of 70,000 Airbnb guests were arriving on the island every month…[it’s] the 9th most popular destination country on Airbnb for US travelers.” Which makes sense that being a host is one of the more sought after jobs in Cuba. There is, however, a looming fear for Airbnb contractors, uncertainty fills the air as they wait to see if they can continue to make an income in the coming months with President Trump’s plan to impose a more restrictive embargo. As an American business, Airbnb could be forced to leave the country, taking with them the incomes of thousands of people.

For those that aren’t lucky enough to enter the private sector workforce, they’re forced to find other means of feeding their families and paying their bills, often skimming off the top of the jobs they work for and selling products on the side. While traveling through the streets of Havana tourists will hear about an amazing 24-hour sale for Cuban cigars. For one day only, all Cigars are 50% off, a deal that sounds too incredible to pass us. Walking deep into the streets and pulled off through an alley into someone’s home you’ll come to learn that the sale wasn’t that good, and one made throughout the week to unknowing tourists, charging $25-$40 a cigar with no proof that the cigars were even real Monte Carlos. Whether the cigars were counterfeit or stolen from the factories the sellers worked at, this was their attempt to make a little extra for their families at the expense of the rich tourists. Illegal selling of products is a common side hustle, not limited to the selling of cigars to tourists but also holding back medicine from the local pharmacies and saving eggs, which are limited, to sell at a higher price, and without taxes, to friends and neighbors.

The low income isn’t the only issue that the U.S. embargo brings and the socialist party restricts, but a deficiency of imports has become an economic crisis for Cuba and in recent weeks a food crisis too. Usually the monthly stipend from the government includes 5 eggs, 1 liter of cooking oil, 1 pound of spaghetti, 3 pounds of white sugar, 3 pounds of dark sugar, 6 pounds of white rice, 20 ounces of black beans, 2 packets of “mixed coffee, and daily bread (a dinner roll). Enough food to give you energy but still be depleted of most nutrients. As Cuba heads into a food shortage, eggs, rice, beans, soap, and other basic needs will be rationed. Nowhere in Havana can you find eggs even though outside of the city, chickens are at every turn. CBS News reported that “in March, Cuba produced 900,000 fewer eggs than the 5.7 million needed daily to satisfy national demand. That deficit shrank to 600,000 by mid-April.”

As a tourist, the charm of decaying buildings and holes in the roofs add to captivating photos and tells a story of a past time. But to those that are living there, under extreme conditions, these broken down buildings are anything but charismatic, they’re life-threatening. Throughout the city and even in the countryside you can see the infrastructure of Cuba decay along with the hope of its people.  Apartments that are missing half the top floor but still have occupants in the other half hold the ghosts of a life that once was. A life that haunts the impoverished reminding them of a government and world that has forgotten them.

Teresa, an 82-year old Casa Particular host in Santa Maria, shared her story describing the amazing home she had in Varadero, two-hours outside of Havana. A home she had lived in for years that was much bigger than her current beach house and designed specifically to her liking. Two years ago she was kicked out of it by the government with a couple of weeks notice to move so that they could knock it down and build condos for the incoming tourists. Her only option, made by the government, was to take this home in Santa Maria. While a lovely place to stay, with a gorgeous garden, three-guest rooms for her to rent out and a 10-minute walk to the beach, the cracks in the walls and ceilings brought up the question of how long this building would last before it too became a ghost.

Cuba is the paradise for those looking to escape the busy Western lifestyle, but what is a paradise for tourists, is a prison for those that were born there. The story of the taxi driver at the beginning of this article, a man who loves to fish but will never get to pursue his passion because he’s not allowed on a boat, is the perfect example of the bars set up around the island.  The living conditions of apartments next to collapsed rooms that have completely caved in are a constant reminder that poverty doesn’t just live on the surface level of this country, but is deeply ingrained into its structures. Structures, that are cracking at the seems and waiting to collapse.

The lack of job opportunities, a government forcing people from their homes to make room for tourists and now food shortages that limit the already limited government rations are all just more bars that line this island for those that are born there. The Cuban people, while filled with life,  joy, and so much color, are suffering and praying for better futures for their families. Characterized as the bad guy by the U.S., Cuba is simply a country of people who are doing their best to survive on an island where they have been banished with no support of its big brother just to the North, which makes you think, is Guantanamo Bay the only prison on this island?

One Size Never Fits All

How To Prepare For Your First Fourteener