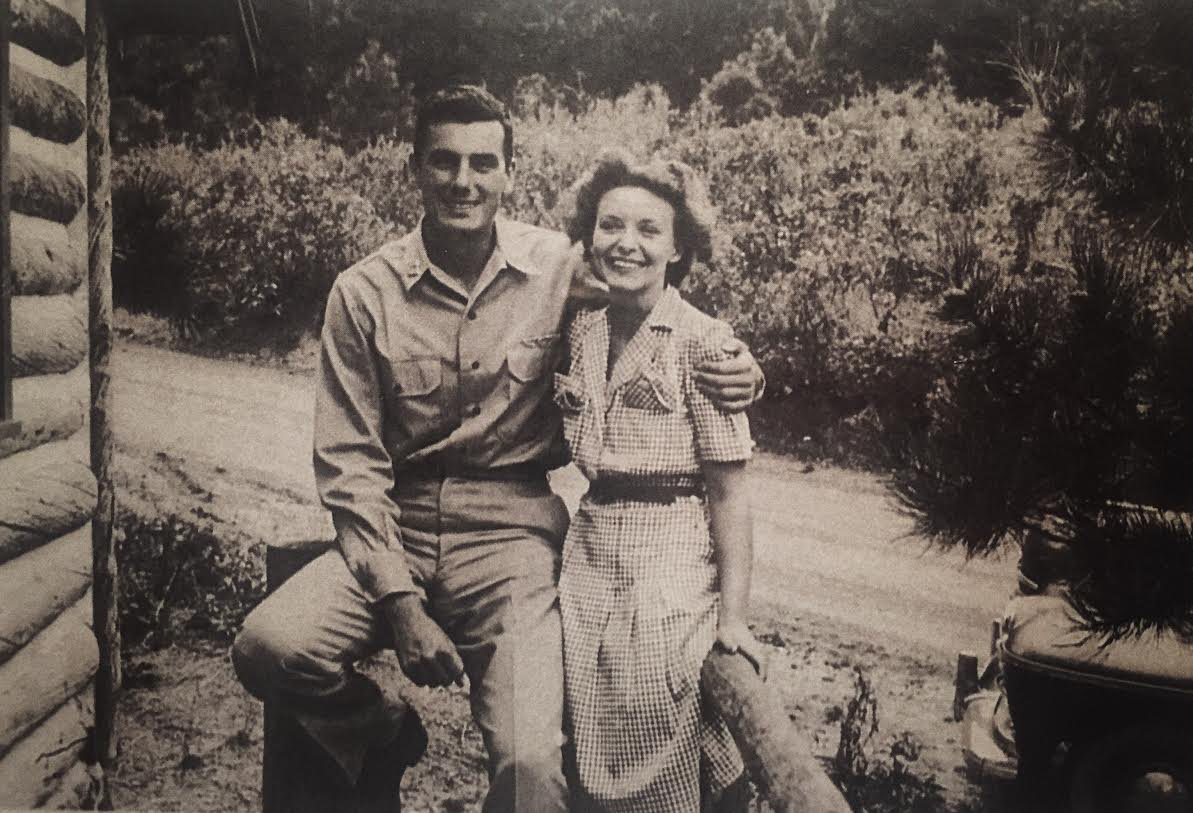 Aunt Jane is the memory keeper on my Dad’s side of the family. She is always finding ways to hold on to the memories of the past and to pass them down to the next generation so that stories are held onto. I know that this is what I’ll become for my family. After my mother’s parents moved into assisted living I kept as many family artifacts as I could.

Recently, for a trip where all my Aunts and Uncles would be together, my Aunt put together a book of my Dad’s side of the family, including photos of my great grandparents and baby photos of my grandparents. Inside was also the letter my grandpa sent to my grandma proposing to her and asking her to elope with him since he was in the military. They had just gotten off the phone with each other and he didn’t feel like he was able to express himself very well. So like they did in 1941 he took out a pen and paper and sent her a letter. He had told her she was the only woman he would ever love and that they were meant to be together, and that she might have noticed him starting to cry on the phone – which was unheard of for him. He apologized for not being able to give her the wedding she deserved but at least they would be together. He would plan on getting 10 days leave from the military to meet her in Las Vegas and marry her. He would wait for her reply in hopes that she would not only say yes to this crazy adventure but also to driving across the country, which was not something a single woman would ever do in the 40’s.

He was able to get a few days leave and drive from CA to Las Vegas. She and a friend drove from New York. They eloped in Vegas, started their honeymoon and 8 days later Pearl Harbor was hit. My grandpa was called back to base and they wouldn’t see each other again for 2 years. In 1944 (3 years after their wedding, a year after getting to see each other again) they had my Uncle and were actually able to start their lives together. I read the letter out loud to my parents and boyfriend as we were going through the album, at one point I couldn’t speak anymore because I had become so choked up over their love story. A story I had never really known.

In July of 1977, my Grandma died from Cancer. With all of her children and her husband by her side, she got to say goodbye to the ones she loved and see the lives that she created. I wouldn’t be born for another 15 years and therefore never got to know her beautiful face. But the 36 years together, filled with love and memories I hear about from my dad and his siblings, my grandparents shared a life that most would only dream of.

Looking through photos of my family and seeing the stories captured in the 1940’s are what inspire me most as a photographer. These are the photographs that make me want to be a photographer; seeing the style of the decades captured, hearing the stories that live inside each image, makes me want to capture moments for people that will live on long after they do. Moments that their children will look back on and tell their kids about. These photos, the black and white, the overexposed edges, the life the floods out of them, the sometimes out of focus capture and the grain that litters them, are what keep me inspired. These are the images I long to recreate. Portrait Mode on Your Phone

How To Show Off Your Photos